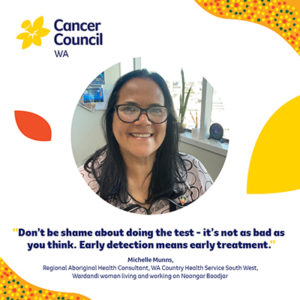 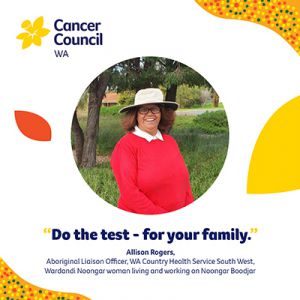 Bowel cancer is the second most common cancer to cause death in the Aboriginal Australian community but is one of the most treatable cancers if found early.

The NBCSP has reported less than half of all eligible West Australians participate when they receive the home test kit which is designed to detect bowel cancer in its very early stages. When detected early, more than 90 per cent of bowel cancers can be treated successfully.

The bowel cancer screening campaign is currently running across radio, digital and social media platforms in the Kimberley and Pilbara regions, but will expand to the South West, Wheatbelt, Great Southern, Goldfields, Midwest, and Perth regions via a digital campaign.

A social media campaign will form the second part of this campaign, featuring local people from the targeted regions who are keen to share the message about bowel screening with their communities.

This campaign was developed in consultation with Aboriginal Health Council of Western Australia and Derbarl Yerrigan Health Service. In the process we also consulted Aboriginal Medical Services, Elders and Aboriginal staff from local clinics and organisations in the regions, including WA Country Health Service.

How you can help

If you are a health professional or live in one of the targeted regions, simply share the campaign resources available in your newsletters, to your networks, and on your website and social media platforms.

Help us ensure all eligible Western Australians feel informed and empowered to take the test. 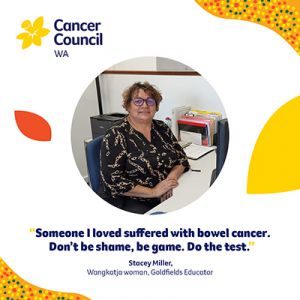 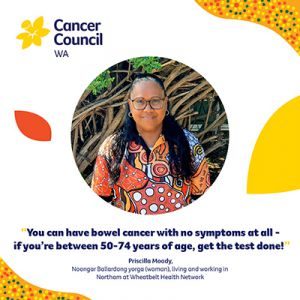 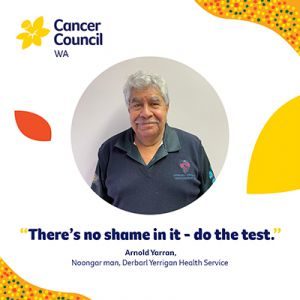 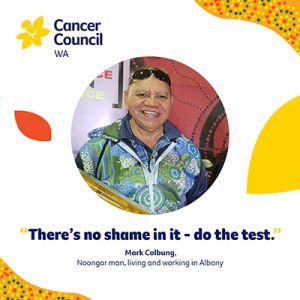 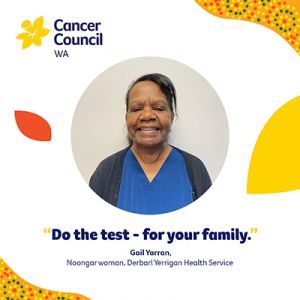 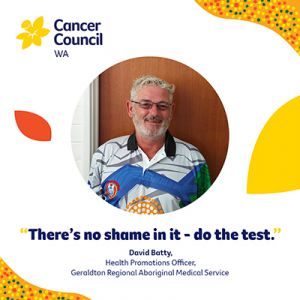